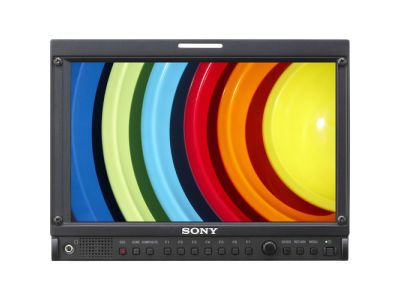 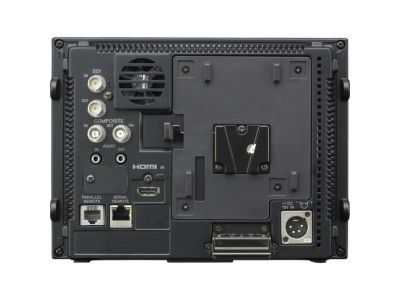 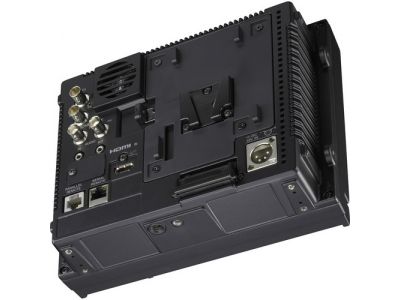 The Sony LMD-940W is a 9 LCD designed for professional video applications. Since its introduction in 2003, Sonys LMD Series has offered professional monitors in a variety of types and sizes, suitable for applications in the studio and in the field. Building on a long history as a leading supplier of high-definition technology products, Sony continues to enhance its LMD Series of monitors by introducing a new 9 high grade monitor, the LMD-940W. The monitor incorporates a newly designed 3G-SDI capability, making it capable of accepting 50p and 60p video signals using only one SDI cable.

ChromaTRU Processing
For an extra level of color-reproduction accuracy, every LCD panel used in the LMD-940W monitor is precisely color calibrated at the factory, providing
characteristics consistent with those of CRT displays. The colors of an LCD display, by nature, can exhibit inaccurate RGB color coordinates and unbalanced RGB gamma curves, which can make precise color matching between multiple monitors a challenge. The LMD-940W monitor solves this problem by precisely calibrating each LCD panels light output so that the RGB color coordinates
are virtually the same as those of a CRT monitor.

White Balance
A second calibration can be applied so that white balance is maintained at a consistent color temperature throughout all grey scale levels. The
result of these precise calibrations is color reproduction reminiscent of Sonys CRT displays.

Interlaced-to-Progressive Conversion
The LMD-940W monitor uses a motion-adaptive I/P-conversion process to achieve conversion results that are optimized to the picture content; whether it is static or dynamic. Highly accurate I/P conversion is provided regardless of signal resolution, for example, whether the input is HD or SD.

Extremely Wide Viewing Angle
The monitors wide viewing angle both horizontally and vertically, with virtually no reduction. This allows precise images to be clearly viewed from various positions and angles; a critical requirement in professional video monitoring.

Anti-Reflection Coated Protection Panel
The panel is equipped with robust AR-coated protection layers, which minimize the chance of the panel being scratched during transportation; an extremely important criteria for use in the field or in any mobile application. The AR coating additionally has two unique characteristics; it provides a high transmission rate of the internal light source to keep the picture as bright as possible, and it keeps reflection from ambient light to a minimum. As a result, when used in bright lighting conditions, high contrast is still maintained even in dark areas of the picture.

Advanced Marker Settings
The LMD-940W monitor can display various area markers, including a centre marker and aspect markers. The brightness of these markers can be selected from three different levels: white, gray, and dark grey. Users can also select either a black or grey matte to fill the outer area of the aspect markers. These flexible marker controls, together with the choice of many different aspect markers, make the LMD-940W monitor extremely convenient display device for a variety of shooting scenarios.

Assignable Control Panel
In addition to the familiar OSD operation, the LMD Series monitors offer control functions on the monitor bezel. The LMD-940W incorporates a new control-function design. By assigning monitor functions to each of its seven function buttons respectively, users can customize the LMD-940W for a specific application or usage such as field and studio use.

Selectable Scan Size
The scan size can be selected between 5% over scan and 0% scan modes. The aspect ratio can be switched between 16:9 and 4:3 according to the input signal

Color Temperature
Color temperatures of 9300k, 6500k, or a user preset value can be selected.

Three-Color Tally
The LMD-940W comes equipped with a tally lamp that can be lit via a parallel remote connector. The status of the signal displayed on the monitor can
be identified by the tally color: red, green, or amber.

Audio Monitoring
The monitor is equipped with a headphone jack and a monaural speaker (0.5 W), which enable the user to monitor audio.

Rack Mountable
The LMD-940W is 4U high and half-rack wide. Using the optional MB-531 Mounting Bracket with a 10&deg nonstop-tilt capability, two units can be installed
side by side in a 19 EIA standard rack.

Screw Holes for Camera Pedestal
The unit comes equipped with 3/8 and 1/4 screw holes on the bottom. These allow the LMD-940W monitor to be installed in a camera system, for example, by mounting it on a camera pedestal. The LMD-940W can also control and increase
the aperture level of a video signal to help camera focus operation.

New Waveform and Audio Level Meter
The LMD-940W is equipped with a WFM/ALM allowing to display separately the video and Audio up to eight channels. Integrating the WFM and ALM inside the monitor means less equipment is required for outdoor operation and brings cost savings.

Native scan for SD/HD
Native scan is a nice function to reproduce pixel to pixel images with no artifact usually occurring when using a scaling processor. It improves the picture performance of the monitor.

Ethernet Remote
Equipped with an Ethernet connector, the LMD-940W can be controlled at distance enhancing user flexibility in large and distance monitoring installations.